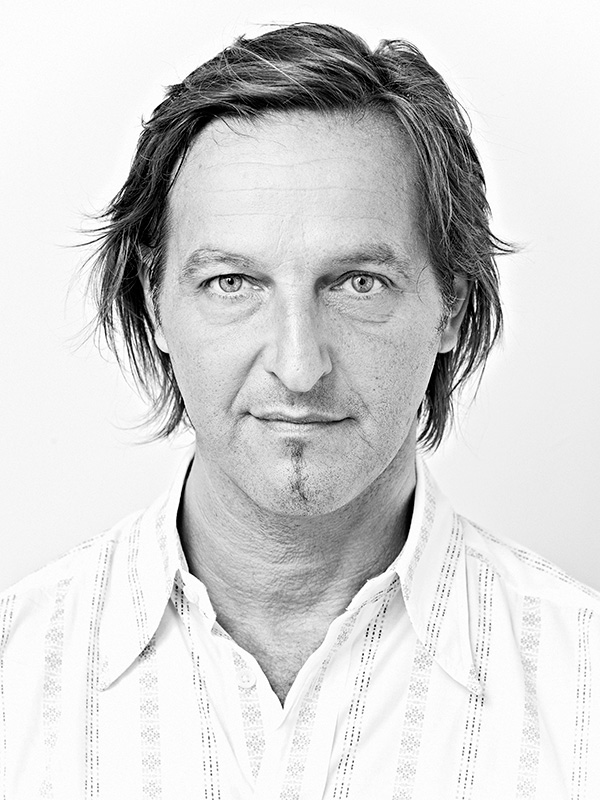 You asked for it…

In 1995, he shot and directed a series of PSAs for the Port Authority of New York that won the E.P.A. award (Environmental Protection Agency) for best environmental film of the year.

Luca was the creator and Executive Producer of a nationally syndicated interview show (Turner Broadcasting Co.) hosted by Lauren Hutton, the first talk show shot on 16mm film and requested for the archives of the Museum of Broadcast and Communication.

In 1996, he directed and produced the documentary Little Warriors for Turner Original Productions.

In 1997, he won the Silver Star Award for short dramatic subject at the Houston Film Festival with the film ’99 Special.

‘Francesco Clemente a Portrait’ the book was published by the Aperture Foundation in October 1999 in concurrence with Mr. Clemente’s retrospective at the Guggenheim Museum in New York.

In the spring of 2000, Luca had a solo photography show, ‘Naked Food’ at the ‘Rebecca Container’ Gallery in Genoa.
In November 2001, a solo benefit/exhibition ‘Altered Moments’ with photographs of the September 11th memorials in New York was shown at ‘Hamilton Galleries’ in Los Angeles and at ‘Serge Sorokko’ Gallery in San Francisco. The exhibition was invited and shown at the 2002 Sundance Film Festival where Luca was a panelist on the ‘Art of Political Engagement’. His photographs were also in a permanent exhibition at the 2002 Winter Olympics in Salt Lake City.
2002, he directed a documentary for the Discovery Channel about legendary motorcycle riders and their machines.
2003, selected as one of 150 groundbreaking artists from around the world to participate in the book and exhibition KARTELL sponsored and published by Italian Vogue. He also curated the American section of the book.
2004, solo show in Genoa at the Ducal Palace Museum for Genoa European Capital of Culture 2004, sponsored by Canon and Vanity Fair.
2005, recipient Lucie International Fashion Awards for Beauty Photography
2008, he began his collaboration with UNICEF creating a new image campaign for their infant mortality efforts in Sierra Leone.
2008, solo show ‘When the World Comes Down’ at Boscolo Gallery in Milan, Italy
In 2009 he went back to Sierra Leone for UNICEF and ran a Photography and Journalism Workshop for 100 children in 3 different towns.
2010, solo show ‘Arcana’, at the Luzzati Museum in Genoa.
Since 2000, he has been documenting problems caused by trash discarded in the oceans with a series of photographs titled Ocean Red.
In June 2010, he was part of the crew and documented David De Rothschild’s PLASTIKI Expedition. For more info visit: www.theplastiki.com
In 2010, Luca cofounded the creative agency Kodezero, Inc. specialized in sustainability and philanthropy management and the lifestyle e-magazine Citizen Brooklyn, an online collaborative platform for young talent www.citizenbrooklyn.com.
In 2011 began a new collaboration with UNICEF in Lebanon involved with different programs including the Syrian children refugees’ crisis.
In 2013, his documentary film “Truth of the Loom” on a community of hand weavers in a small village in the mountains of Turkey was a finalist at the London WGSN Global fashion Awards in the Sustainability category.
In 2014 his art work was exhibited at the MIA International Fair in Milan.

This site uses Akismet to reduce spam. Learn how your comment data is processed.